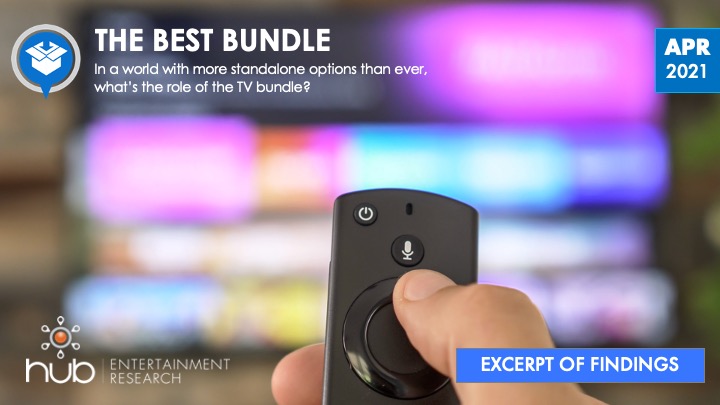 Back in 2015, Forbes.com ran a story about the launch of the very first standalone streaming service from a TV network, with the headline: “HBO Now: Opening the Floodgates for Direct-to-Consumer Streaming Services.”

That title has turned out to be prophetic. Since HBO blazed that TV network streaming trail six years ago, the direct-to-consumer floodwaters have barely let up. In just the past year and a half alone, we’ve seen the introduction of services from a wide swath of TV networks, including Disney, NBC Universal, AMC, ViacomCBS, Discovery, and a content-enriched new offering from HBO.

The rapid expansion of streaming TV services is undoubtedly a critically important development for the industry. But more fundamentally, these services signal a continuing shift from an aggregated approach to TV content distribution, to a primarily disaggregated approach. Indeed, as fewer and fewer consumers opt to allow traditional MVPDs decide what bundle of TV networks will best meet their needs, consumers themselves are now the ones making most of those decisions for themselves.

Hub’s “Best Bundle” study tracks how consumers feel about the current TV service status quo, which combinations of services (traditional and streaming) they’re most likely to cobble together, how satisfied they are with the bundles they’ve created, and what considerations drive their bundling decisions.