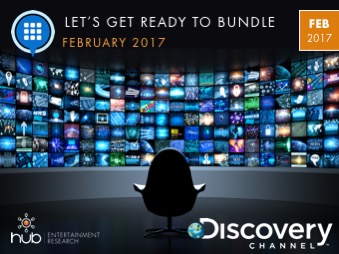 When it comes to media and entertainment, we’re all living in an increasingly à la carte world. Consumers no longer have to buy an entire record album to listen to individual songs. Reading an interesting article no longer requires a subscription to an entire magazine or newspaper—or even purchasing a single copy.

This shift has had more than just an impact on the way media and entertainment services are distributed and purchased. It’s resulted in a new mindset among consumers, who have grown more and more accustomed to the idea that they shouldn’t have to pay for “extras” that they never asked for in the first place.

Up until recently, the TV industry has managed to remain relatively immune to this phenomenon, with the vast majority of consumers still subscribing to television service on a bundled-network basis—despite the fact that most TV customers say they watch only a small percentage of the channels available to them.

But as with most other aspects of the industry, the landscape is changing. Skinny bundles have emerged that offer a smaller package of networks at a lower price than cable. Companies like HBO, Showtime, and CBS offer standalone subscriptions without requiring a pay TV contract. OTT providers like Netflix, Hulu, and Amazon enable viewers to go outside the traditional MVPD/network system to create their own TV packages.  And brand new services (like DIRECTV NOW, or upcoming live TV packages from Hulu and Google) will provide consumers even more options.

In this study, we’ll explore:

The study was conducted among 1,502 consumers aged 16-74, who watch 5+ hours of TV and have broadband service at home.